On Wednesday, September 21, Professor Jack Gilbert and Dr. Eugene Yen discussed their research on the human microbiome and fecal microbiota transplants (FMT). The event kicked off the “What’s Next for Healthcare” lecture series, produced by MATTER in partnership with NorthShore University HealthSystem. 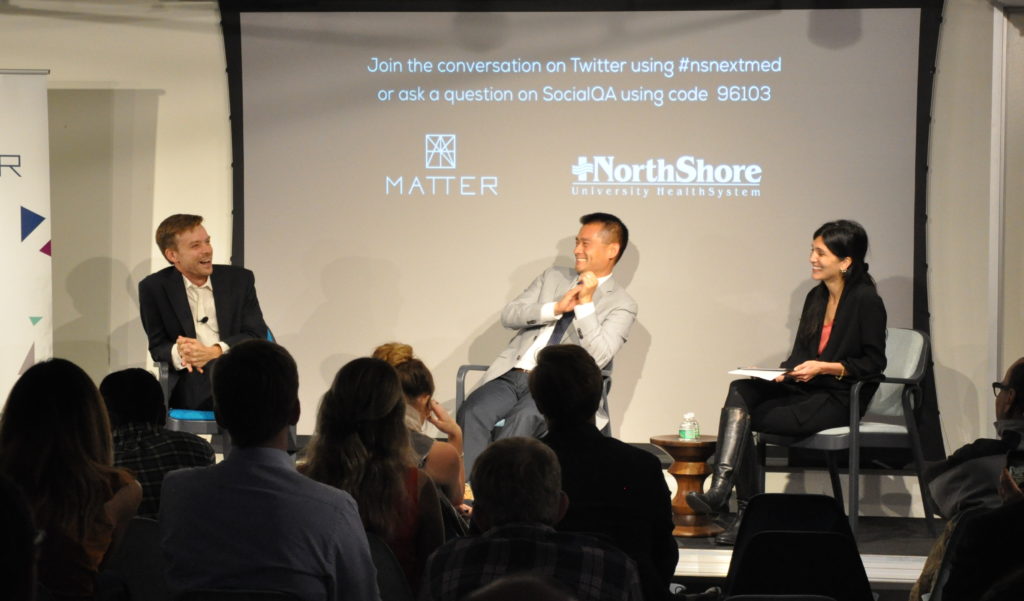 Gilbert, who has a background in marine ecology, opened his talk by equating ecosystems in nature with the human body.

“Your body is an ecosystem.”

Gilbert’s fascination with the subject stemmed from his interest in learning more about his own susceptibility to Alzheimer’s: he has a genetic mutation that makes him 30 times more likely to acquire the disease. He said about ten years ago he began to study why some adults with the mutation do not get Alzheimer’s, while some do. Gilbert believes the answer may lie partially in his own microbiome.

While the adult microbiome is relatively stable, Gilbert and Yen agreed that the kinds of human and environmental exposure infants experience can have a long-term effect on their physical health. Gilbert discussed the idea of the human microbiome in the context of childbirth, focusing on the differences between children born via vaginal delivery and children born via cesarian section.

“You get your microbiome from your mother,” Gilbert said. “The children who are born via vaginal delivery, who pass through the birth canal, acquire a microbiome from that transit – a microbiome that is very, very similar to the mother’s vagina.” Babies born via C-section, Gilbert said, “acquire their microbiome from the skin of the first person they come into contact with.” He said these babies have a higher probability of having neurological disorders, obesity, and other developmental issues. 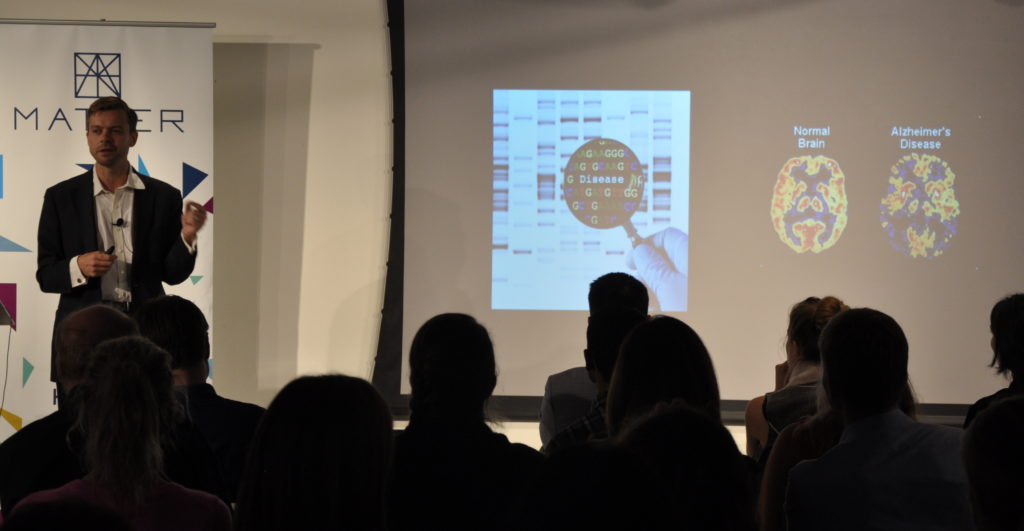 He also described the impact of the body’s microbiome on one’s physical health by comparing Amish children, who undergo heavy exposure to animals as small children, and Hutterite children, who grow up on industrial farms without animal exposure. Whereas the U.S. average for asthma occurrence hovers around 8 percent, asthma occurrence in the Amish stays around 3 to 5 percent, and is around 35 percent in the Hutterites. Gilbert attributes this contrast to differences in the microbiomes of Amish and Hutterite bodies: early exposure to animals diversifies the Amish microbiome.

In 2015, Gilbert co-founded The BioCollective, and is currently the chief scientific advisor, helping to develop the patient recruitment and product lines.

Yen, a clinician at NorthShore University HealthSystem who specializes in colon cancer prevention and the treatment of irritable bowel syndrome, also discussed the microbiome, but in the context of his own work in fecal microbiota transplants (FMT).

Yen believes his work on FMT can play a role in altering adult microbiomes for the better. FMT, which dates back to 4th century China, Yen said, is the infusion of a healthy donor’s liquid stool preparation (informally referred to as a “crappuccino”) into the GI tract to restore normal flora.

One positive implication of the procedure is that it can potentially resolve some health problems that would otherwise require antibiotics or other pharmaceuticals, particularly clostridium difficile colitis, or C. diff. These bacteria attack the lining of the intestines, causing frequent diarrhea, abdominal pain, loss of appetite, and fever. The disease represents a common cause of hospital-acquired diarrhea, and Yen described it as a “disease caused by antibiotics treated with antibiotics.”

Indeed, current mainstream treatments for C. diff revolve around antibiotics, but Yen’s work has shown that FMT should be seriously considered as a non-pharmaceutical approach to curing the disease. Since his first FMT patient in May 2010, Yen has conducted the procedure 167 times with a cure rate of 96 percent. 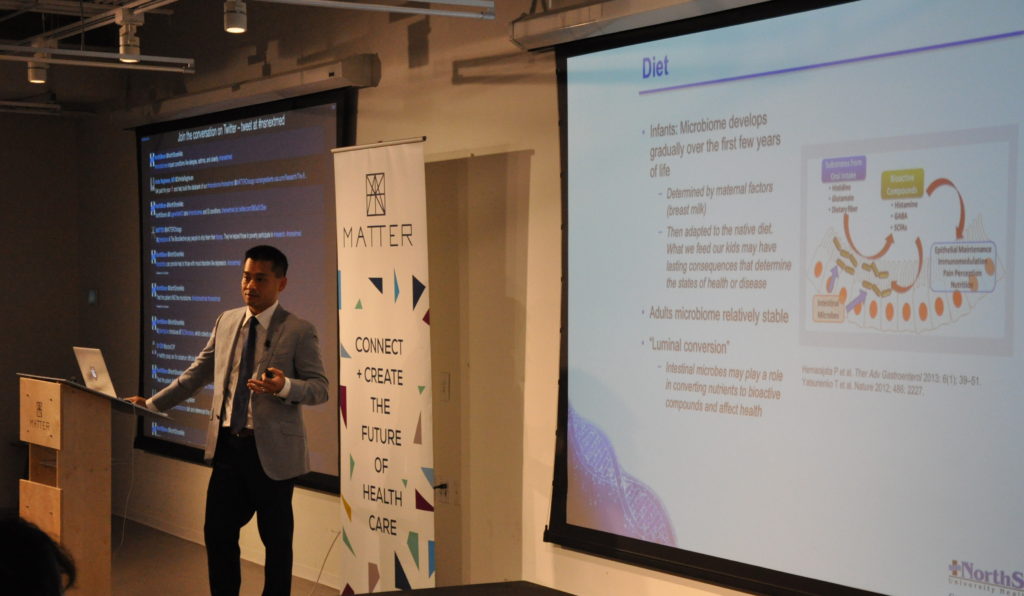 Intensive study of the human microbiome is relatively new. Ninety percent of the approximately 4,000 articles on the subject have been published in the past five years. The research is young, but according to Gilbert and Yen, altering the human microbiome may yield tremendous health improvements for certain patients, and the secret is in the poop.