Mentors prepare Canadian companies to launch in the U.S.

For the past four years, MATTER has worked in collaboration with the Consulate General of Canada to help reduce the risk of failure for 16 strategically selected Canadian companies. In the initiative, called the Canada-Chicago Mentoring Program (C2MP), the selected companies are advised by MATTER’s Chicago Innovation Mentors (CIM).

“The program is designed to assist Canadian startups in refining their business development strategy for the U.S. market and potentially other markets,” said Chantal Glass, trade commissioner of the Consulate General of Canada.

Once companies are selected, the program kicks off with a matching event where each Canadian company pitches their venture and is then matched with a group of five industry experts who are best equipped to mentor them. This year’s kickoff took place in February. 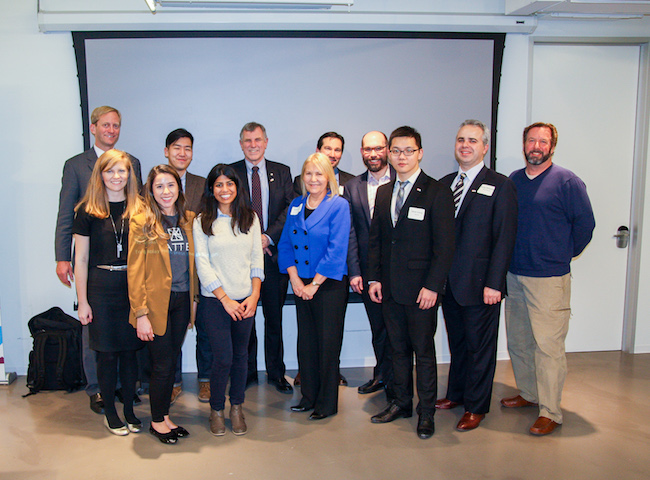 For David Kempner, a CIM mentor who has been involved with the C2MP program since its inception in 2015, solving challenges for companies comes naturally. That’s exactly what he did as a healthcare consultant for biotech, pharmaceutical and diagnostic companies for over 25 years. But there’s one significant difference between his approach as a mentor and his experience as a consultant: As a CIM mentor, he’s not there to do the work for them.

“I don’t look at my role in the program as solving a problem for a company,” he said. “Instead, it’s teaching each company how to think the right way so they can solve their own problems.

“Instead, it’s teaching each company how to think the right way so they can solve their own problems.”

Take the example of Densitas, a company out of Halifax that participated in the program in 2017, whose product assesses the density of breast tissue in a mammogram. Before entering the program, they had already transformed their software from a concept — conceived by CEO Mohamed Abdolell at Dalhousie University in Nova Scotia — into a viable commercial product gaining traction in Canada. The combination of this technology and Mohamed’s expertise as a biostatistician and professor gave Densitas the makings of a soon-to-be successful startup. But according to David, they were lacking one key ingredient to ensure their success in a whole new market: the business acumen it takes to make the tough decisions.

“Mohamed thought like an academic,” said David. “There’s a big difference from running a company and running an academic program. You have to think very differently and you have to be a different kind of boss.”

In academia, researchers have the freedom to work on the same project in a lab for weeks, months or even years for the sake of learning. In industry, success requires translating learnings into product development as quickly as possible. The stakes are different — there are investors to please, a board to answer to and a market that may want something completely different than the project’s original intent. 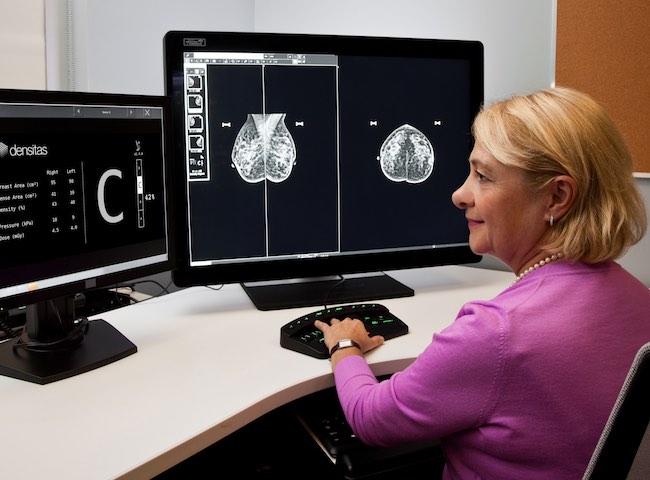 David and his mentor team helped Densitas change their thinking to reflect the realities of working in industry. In some instances, it meant showing them that outsourcing is often the best solution — hiring a Salesforce expert, for example, instead of using their time to learn the ins and outs of the program themselves. In others, it meant helping them come up with clear deadlines and goals for their team.

“It was a six-month process,” said David. “But if you look at how Mohamed was thinking about problems when we started [the program] and how he was thinking about them when it ended, I think we had a big impact in helping reorganize his thinking.”

According to Alex Morris, the director of programs and regulatory affairs at Densitas, David and his fellow CIM mentors provided invaluable insights, including how to navigate luminaries, distribution partner relationships and sales.

“A program like [C2MP] is extremely valuable for companies like us, who took on the risk of not only starting a new company in the highly competitive healthcare landscape, but launching it in a whole new market,” he said. “Working with the mentors at MATTER helped us firm up our U.S. go-to-market strategies, which entailed making the tough call to go in a completely different direction than the route we’d set off to take when we joined the program.”

“Working with the mentors at MATTER helped us firm up our U.S. go-to-market strategies, which entailed making the tough call to go in a completely different direction than the route we’d set off to take when we joined the program.”

Densitas has grown considerably since graduating from C2MP. In 2018 they received FDA clearance to market their breast density assessment software, partnered with a hospital in the UK and signed a partnership with radiology imaging platform Blackford. This past February, Densitas announced a partnership with the TeleMammography Specialists of Decatur, Georgia —the first U.S. beta user for the company’s densitasquality™ solution.

For David, who sees Mohamed at least once a year and keeps in touch with most of the CIM companies he’s worked with, seeing their success is part of what keeps him coming back to MATTER as a mentor.

“When I look at Densitas and see them succeed it feels good to know that I had a small part in that,” he said. “It may just be one small grain of rice in a rice field, but I like to think it was an important grain.”

The startup journey: How Clearstep found focus through the Health Tech Venture Challenge