Recap: Tales from the Trenches with David Chen, co-founder of Nuna

At our October Tales from the Trenches™, we welcomed David Chen, co-founder of Nuna, to the MATTER stage to share stories and insights from his journey in healthcare.

David’s entrepreneurial spirit sparked early on in high school: At 16, he and his brother made a business of selling cell phone cases they had imported from China. Before founding Nuna, he started and closed two companies, served at the National Institutes of Health and worked as a data scientist for Netflix.

It was while David was working at Netflix that he was introduced to his eventual co-founder, Jini Kim. The two shared a passion for making healthcare data more accessible — and using that data align incentives around value-based care and improve affordability for everyone. The company started by targeting large, self-insured employers but made headlines when they partnered with the Centers for Medicaid and Medicare (CMS) to build the first-ever national data warehouse. The platform stores records for more than 74 million CMS enrollees across the country.

In conversation with VillageMD co-founder Clive Fields, David shared more about Nuna and the genesis of their collaboration with CMS, and discussed topics ranging from bending the healthcare cost curve to the battle between artificial intelligence, machine learning and providers. Here are our key takeaways.

Seeing the big picture outside of Silicon Valley and Boston

“I always say [that California]…is not a place to do healthcare. Healthcare in the U.S. is across all 50 states — so the only way you’re going to actually learn about healthcare is to actually go meet people, build networks, go ask interesting questions, go to talks and identify problems that affect the vast majority of citizens in this country.” 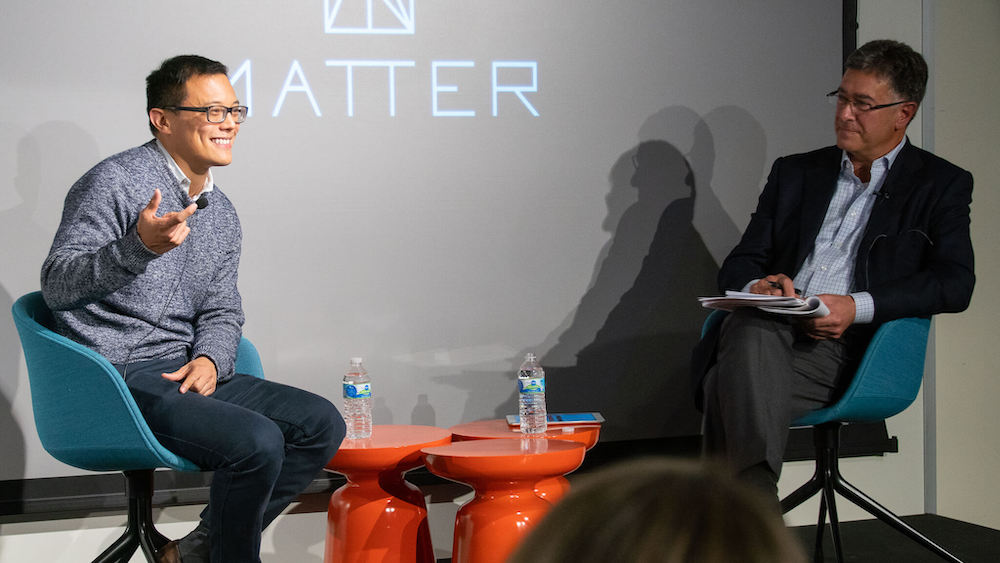 The initial problem that started it all

“[Jini and I] wanted a faster way to get access to data. The problem was: how do you get access to data in a quantity that [enables] you to do interesting things with it? Back then, we targeted our sights on self-insured employers…that have probably over 10,000 employees. Some of our earlier clients were Home Depot and Facebook.

“Our North Star has always been: How do you bend the cost curve of healthcare in the United States? Right now, [healthcare costs are] about 20 percent of the GDP. It’s grown from 15 or 16 percent maybe 10 years ago, to 20 percent [today] — and that’s not sustainable and it is actually harming the future generations of this country. There are a bunch of [initiatives] that money is being taken away from to fund healthcare. The goal for us has always been to bend the cost curve.”

“Our North Star has always been: How do you bend the cost curve of healthcare in the U.S.?”

Getting out of the bootstrapping phase

“We bootstrapped this company for the first four or five years, because when you’re looking for capital, it’s always kind of a game. We wanted to actually build the product and show that there was a market fit and to sell [to] clients, and we did that.

“As we were going into initial fundraising is when [former President] Obama called. Back in the day, we were looking for people who actually were able to open doors in the government space because in healthcare, if you don’t work with the government or with these large payers, you’re not really going to make a massive change in the ecosystem.” 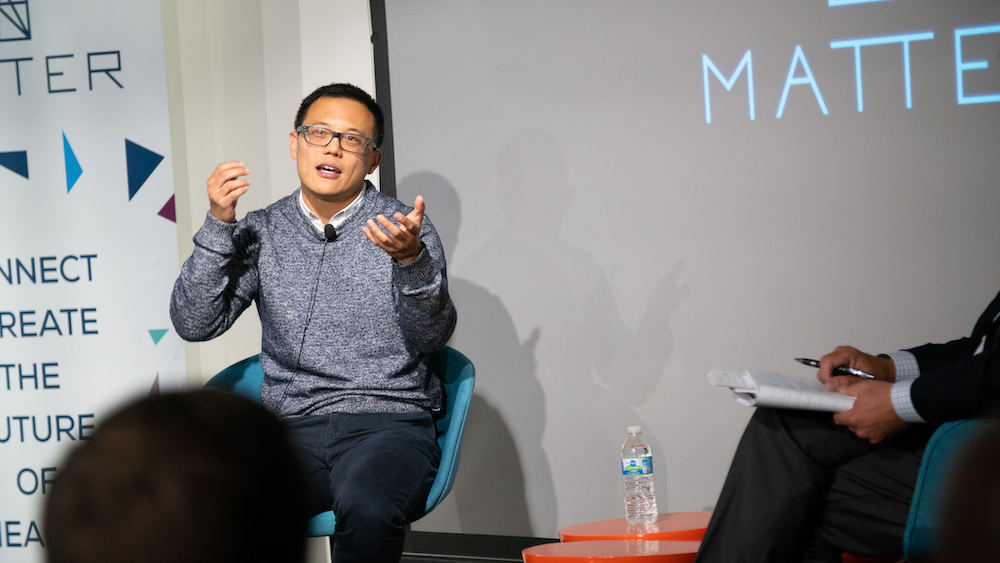 “I wish I could say this was all planned or aligned, but that’s not what happened at all. While we were building our company working with self-insured employers, my partner Jini got a call from President Barack Obama, basically saying ‘We need your help’.

“Before that, Jini [had] helped [the government] make sure that healthcare.gov was ready to go on prime time. But that was a completely tangential thing to what we were doing as a company. When we got this call, we [told Jini], ‘Go — the country kind of needs your help.’ She was flying back and forth weekly and I was basically taking over our work around the self-insured employers.

“We got another call from CMS asking us to build a product. [During] that project, we grew from 16 [employees] to 60. The product was basically ETL [extract, transform, load] data ingestion from all 50 states, six territories, eight data feeds, medical claims, enrollment, pharmacy etc…so that policymakers could use it to support their Medicaid policy decisions. The end user of the data was the government, government entities and government contractors…We delivered on [our work] and that credibility really led us down these paths of engagement with these leaders of the field.”

“We delivered on [our work] and that credibility really led us down these paths of engagement with these leaders of the field.”

On bending the healthcare cost curve

“The cost curve hasn’t been bent yet. We think that over the next few years, the markets we are [in] will show a decrease in costs of medical expenses. It’s not going to affect the country on that scale yet but I’m very excited that over the next two or three years we’ll start to see these savings come forward for at least the market.

“This is one of those issues that it takes time. There is no easy fix here. It takes partnership with all the payers and all the providers, and at some point it will take partnership with the consumer as well.” 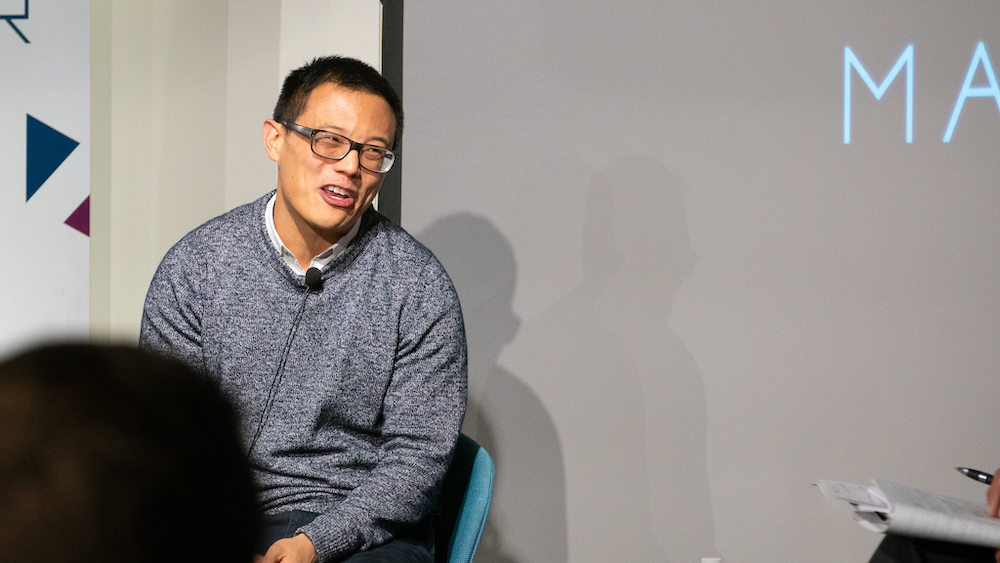 AI and machine learning versus the provider

“I think that all of these novel technologies that are coming out need to go through the provider. The provider needs to be in control of leveraging these technologies for their workflow.

“[AI and machine learning] can be a tool when used appropriately but without the providerinterpreting it, it’s dangerous.”

“The provider needs to be in control of leveraging these technologies for their workflow.”

Who should own the data

“The consumer owns the data, [but] that doesn’t mean that the consumer can do anything with the data. They should have ultimate responsibility for owning that information. I think the entity that can do the most with that data to support the consumer is the provider. I don’t think that the data that is given to the provider can support them in making those decisions for a consumer because data, in a vacuum, is kind of useless.

“The consumer owns the data, [but] that doesn’t mean that the consumer can do anything with the data.”

“In my mind, the real nexus of care in the U.S. is still the provider because the providers have the trust of the consumer. At the end of the day, that trust is so important — because that’s the only way consumers are actually going to do anything. If a provider tells me to do something, I’m going to go do it. If a health plan tells me to do something, most likely I’m not going to do it.”

Want to hear from more healthcare innovators like David? Save the date for our next Tales from the Trenches event on January 7 with Brightstar Care CEO and founder, Shelly Sun. Livestream available.

tales from the trenches
insights